CHECK OUT THE SHINE ON! UNLIMITED WASH

You can probably guess which song we hear most at our job. If you said “Car Wash” by Rose Royce, you’re right! And it’s not because it’s constantly playing on the Muzak, because it’s not. It’s because, once a customer sees our sign that says we’re the “#1 Car Wash In Loveland,” the words car wash just trips something in their memory…and they’re humming, whistling, or singing “Car Wash” when they hand over their keys for a full-service car detail!

In fact, as we talk about the song, most of you will have it going through your mind. (And if you’re not familiar with it, here’s a link.) But how much do you know about this song?

Yes, It Was Written For the Movie of the Same Name

Norman Whitfield, a renowned producer and songwriter, had recently left Motown Records in order to start his own record label. The director or the movie approached Whitfield and asked him for a title song for the new movie Car Wash. While relaxing with a game of basketball, Whitfield was able to get into the feel of the carefree car wash portrayed in the film. The soundtrack for the movie was a double album, and it also served as Rose Royce’s debut album. Whitfield must have truly believed in the group!

It Was Rose Royce’s First Single

If you’re going to drop a single, this is the way to do it. Whitfield had signed Rose Royce, comprised of a group of nine musicians. He knew they had the talent, but didn’t yet have a hit single for them. And boy, was it a hit. In fact…

It Was Bigger Than You Think

“Car Wash” reached number one on the Billboard charts for a single week in January 1977 (the movie itself came out in October 1976). Number one isn’t bad, but it’s the number of copies the soundtrack sold that’s really impressive: more than two million.

The title song wasn’t the only song that did well. Two other singles, “I’m Going Down” and “I Wanna Get Next To You,” also reached Top 10 status on the Billboard charts.

It Won A Grammy

While the movie wasn’t winning any Oscars or making much money, the soundtrack was a hit with music lovers and the industry as a whole. The Car Wash soundtrack won the Grammy for Best Score Soundtrack Album in 1977.

Any song that’s in the public consciousness will eventually be re-recorded by a modern musician, and “Car Wash” is no different. The song was covered by Christina Aguilera and Missy Elliott in 2004 for the animated film Shark Tale.

While the group never did reach the success they had with their first single, they did fine even if the group isn’t a household name today. Between 1976 and 1979 they released four albums, and then went on to have a modest career in the United Kingdom. They’re actually still active, though not all of the original members are still with them.

So there you go, a little bit more about the song that’s most closely associated with car washes and car detailing. Come on in singing it and we won’t mind!

Is it really possible to enjoy getting a car wash? Here at Speedy Sparkle, we certainly think so. Our team prides itself in providing quality, friendly service from the time you get here to the time we’re finished with your vehicle.

Nowhere else in Northern Colorado can you get a three-day clean car satisfaction guarantee. If for some reason you aren’t happy with our service, just come back and we’ll make it right. Speedy Sparkle continues to set the standard for local car washes.

So are you ready to check us out? Then contact the Speedy Sparkle staff today.

All full service wash customers benefit from the exclusive 3 Day Clean Car Satisfaction Guarantee, which allows the customer to return for a free "Speedy Exterior Wash" for any reason within the 3 days when a "Full or Deluxe Service"wash is purchased. 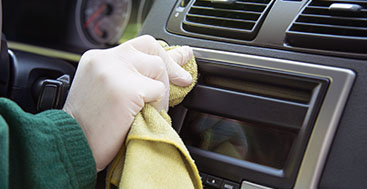 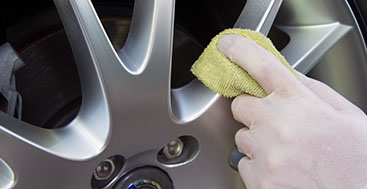 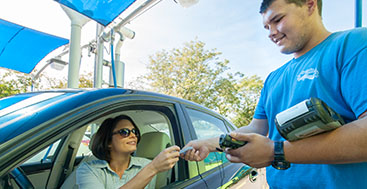 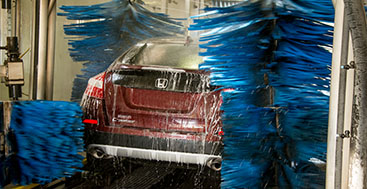 Don't Take Our Word For It, Our Satisfied Clients Say It All

Check out the testimonials from our happy customers below